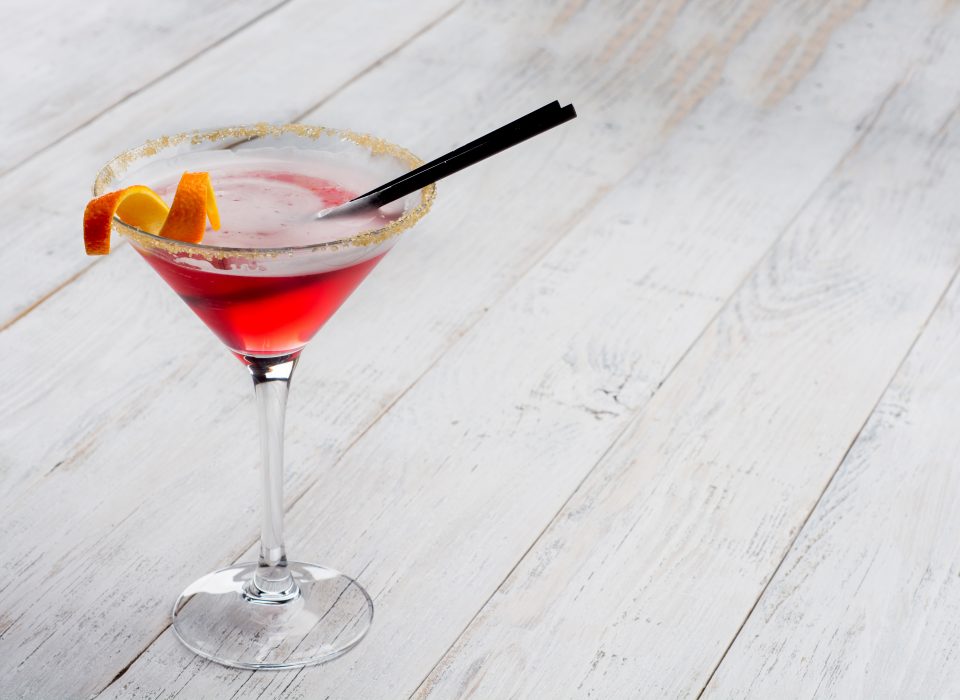 The classic Cosmopolitan is a very simple drink and it quickly became one of the most popular cocktails of all time. Its peak was in the 1990s because of its multiple appearances in the HBO show, “Sex and the City” and it soon became the ultimate girly drink. Ingredients include vodka, Cointreau, lime juice, cranberry and orange peel.

Come have a seat at the bar.